Seongsan Ilchulbong Peak, which is 180m above sea level, erupted underwater in the ocean about 5,000 years ago,

which makes it a very rare case among the many craters in Jejudo Island.

A scene in the movie ‘Lee Chang-ho’s Baseball Team’ (directed by Lee Chang-ho) was filmed here.

Seongsan Ilchulbong has long been considered one of the best scenic destinations in Korea.

It was designated a Natural Monument on July 19, 2000. It was recognized for its outstanding landscape and geological value by UNESCO on July 2, 2007, when it was added to the World Heritage List. And in October 2010, it was named a Global Geopark site.

Clear waters and white sands are combined with broken shells, this long and beautiful shoreline offers a mesmerizing view of low-tide, with Biyangdo Island floating in the distance. The blue translucent water creates the illusion that one might even reach the island on foot. This year, the beach is open even during the night time, offering another tourist attraction.

Well known for its beautiful scenery, the white sands and emerald waters, Jeju Woljeongri Beach has a road filled with tea houses and coffee shops. A great stopover during your cruise through Jejudo Island, and one of few places to enjoy an exotic view.

Saryeoni Forest Path is a forest walking trail that starts from Bijarim-ro and goes through Mulchat Oreum Volcanic Cone and Saryeoni Oreum Volcanic Cone. Its starting point is located at National Road No. 1112, which is thick with Japanese cedars. A variety of species of trees grow in the forest, such as Konara Oak, Red-Leaved Hornbeam, Japanese Snowbell, Hinoki Cypress, and Japanese cedar and average altitude is 550m. It is one of the hidden 31 views of Jeju-si. It is popular among tourists who love hiking, because the nature of the forest hasn’t been tampered with.

Hamdeok Seoubong Beach can entertain as many as 50,000 people a day. Roughly 500 meters wide of shallow waters with virtually no waves, this spot is a favorite for families. Complete with modern changing rooms, showering facilities, a parking lot for 300 cars, private lodgings, and camping grounds, it is the most developed in terms of amenities. Particularly, the opening of the beach during after-hours was a huge sensation last year, and is continuing this year. (7/13–8/18).

Seopjikoji, which is located at the east coast of Jeju Special Self-Governing Province, is a beautiful coastline filled with canola flowers during the spring, with Seongsan Ilchulbong Peak rising up in the background. You can find Sinyang Sandy Beach at the entrance, while the end will let you see the traditional beauties of Jeju, such as a vast land filled with canola flowers growing on the hill, Jeju donkies grazing peacefully, beautiful rock cliffs, and the legendary Seonbawi Rock standing in the middle of the ocean.

What makes Seopjikoji different from other coasts in Jejudo Island is that it is made of red volcanic ash called “scoria”, and possesses strange rock formations that only show themselves when the tide is low are very unique. Filming Site for Movies and Dramas: The Legend of Gingko, The Uprising, Cheonilya, and All In. The picturesque blue house at the sea where Choi Jin-sil lived in in the movie The Legend of Gingko was based on this site. Furthermore, Hyeopja Beacon Fire Station can be found in Seopjikoji, which became famous for being the filming site of the TV drama 「All In」 in 2003. As such, there is no shortage of tourists who seek this place out.

Sangumburi Crater differs from the 360 or more parasitic cones of Jeju in that it was not formed when the materials ejected from the eruption stacked. Instead, it is a maar-type parasitic cone that was formed as a crater with a hole in it when many materials were ejected. The inner area is 300,000㎡, while the interior bottom circumference is 756m, and the exterior circumference is 2,070m. Nearly vertical, the crater is approximately 130m tall, making it slightly larger and deeper than Hallasan Mountain.

In autumn, when the ridges of Sangumburi Crater are colored gold by waves of silvergrass, the planted Japanese cedar becomes the dominate species that take up most of the eastern and western slopes, with Sawtooth oak in the surrounding area. Furthermore, Korean Fir has been planted to form a forest path. Excluding these lush forests, colonies of Eulalia grass cover large patches of the crater. The colonies of silvergrass are the representative scene of Sangumburi Crater during the autumn.

As one of Korea’s 3 spirit mountains, Hallasan Mountain is located on the southernmost part of the Korean Peninsula, and lays claim to the title of South Korea’s tallest mountain with the height of 1,950m above sea level. Home to all sorts of vegetation, the mountain possesses immense scientific value and is a veritable treasure trove of animals and plants, leading to the designation of Hallasan Mountain Natural Reserve as Natural Monument 182 on October 12, 1966. In fall, when everything is blanketed by a colorful display of flowers, the mountain covered with the red color of the fall foliage is truly a sight to behold, while the snow-covered mountain in the winter stands out as the view to surpass all views. A young volcanic mountain from the Quarternary Period of the Cenozoic Era, Hallasan Mountain was believed to have erupted 25,000 years ago, and the 360 or so volcanic cones surrounding the mountain present a unique view. Furthermore, the majestic figure of Hallasan Mountain rising from the middle of the mountain makes it appear as if it is carrying itself with a benevolent yet tenacious spirit.

There are three peaks centered on the northeast main peak at the mountain top, and within the summit is a slightly opened oval-shaped crater to the east and west. The overall figure of the cone forms a horseshoe-shaped crater that is open thinly to the east. All slopes of the volcanic cone are covered in grass, presenting the visage of a beautiful and classic Jeju volcanic cone.

Ground cover plants such as Ranunculus and Korean Pasque Flower grow naturally on the cone. The cone’s name is derived from the fact that it looks like a dragon (Yong) lying down, and is written as Yongwaak in Chinese characters. Another theory holds that the large dent in the middle of the mountain looks like a place where a dragon lied down, leading to the name Yongnuni Oreum Volcanic Cone. 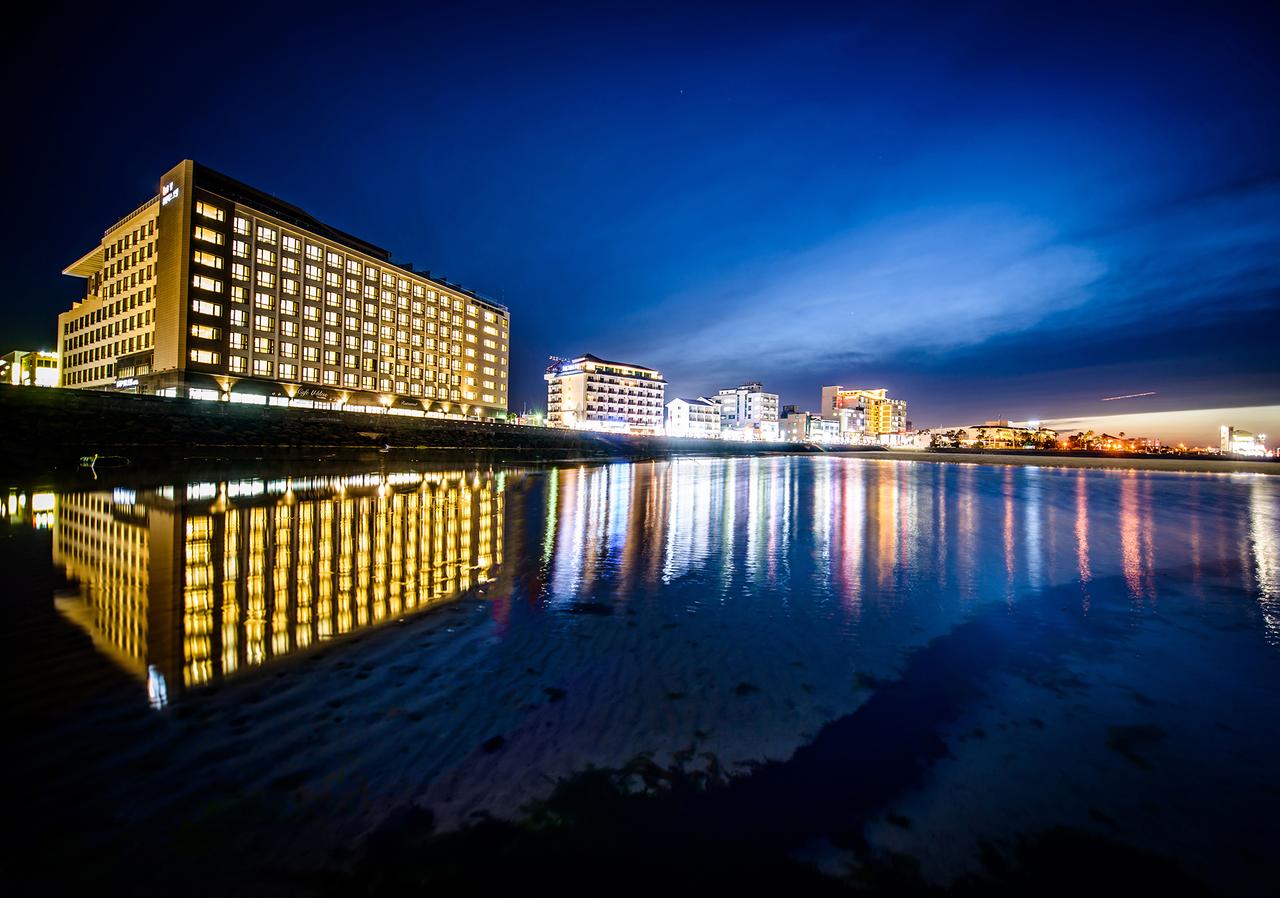